One of the things I promised back when I began this blog was that in addition to posting reviews of the books that I am currently enjoying that from time to time I would write something about a work or person that particularly inspired my interest in mystery fiction. While Professor David Schmid’s Great Courses lecture series came towards the end of that journey, I have been wanting to post about it for some time.

The Great Courses are a series of lectures sold as DVDs, Audio CDs and as digital downloads on a wide variety of subjects. The range has been in existence for some years now and is published by The Teaching Company. In the past few years I have been something of an addict to their history and religion courses but when this one turned up I was curious to see what it would cover. 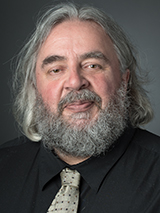 Professor Schmid’s course is comprised of 36 half hour lectures that aim to give a broad overview of the development of crime and suspense fiction and of some sub-genres and categories that can be seen to fall within those genres. It is designed to be an entry level course and so outlines some key works and figures rather than exhaustively covering every book or writer in a field.

The first six or seven lectures can feel a little repetitive as they cover Edgar Allan Poe’s three Dupin mysteries in considerable detail but as the series goes on it opens up considerably, going on to cover topics such as Native American mysteries, The Dime novel, stories in which the Police serve as an antagonist and Gay and Lesbian crime fiction (for a complete list check here). It is in these more specialised sections that I think the course is particularly interesting as I invariably came away from these with long lists of titles I was interested in investigating.

To give an example, in the course of the Locked Room episode he mentions the following works and authors:
Murder in the Rue Morgue – Poe (and The Case of the Purloined Letter which he notes is not a locked room but its rules are similarly constructed)
The Mystery in the Yellow Room – Leroux
French tradition: Simenon, Leblanc and Halter
Japanese tradition: Edogawa Rampo, Akimitsu Takagi and Soji Shimada
John Dickson Carr (Specifically The Hollow Man – he discusses elements of the mystery that play some role in the conclusion but does not explain how they relate to each other)

Other lectures focus on discussing the way crime fiction has addressed a theme such as urbanization, changing attitudes towards violence or the meaning of justice and these can be quite interesting as starting points for considering those topics.

Unfortunately a few key works do get spoiled along the way although generally you get a little warning when that is about to happen. From memory it is the three Poes and Christie’s The ABC Murders and The Murder of Roger Ackroyd that get the most in depth discussion. This didn’t bother me particularly as it is hard to imagine any course covering these topics without doing so but I would certainly recommend that if you have a copy of The Murders in the Rue Morgue that you’ve been itching to read that you finish it before starting this series.

Schmid is a passionate and engaging speaker and is easy to follow whether watching the video or simply listening to the lectures. While a few visual aids pop up as he talks, most of the time these are cover illustrations or photographs of authors and do not contribute much so you will not be missing out if you opt for the cheaper audio option.

Cost is, unfortunately, an issue with this whole range of releases which price themselves out of the casual market if you buy them at list price. Fortunately I’ve found that quite a few libraries carry them and the audio download is eligible for a single credit Audible purchase (you can download the course guide through them too). The Teaching Company also started an unlimited streaming option for a monthly fee a year or so back and when I watched this it was through that service.

So, what role did this set play? I think it energized me and sparked me to broaden my reading horizons and explore subgenres of crime fiction I had never felt confident reading before because I didn’t know which authors to begin with. In doing more research about some of the authors mentioned, including John Dickson Carr, I stumbled upon many of the blogs I now follow and love reading each day. For that I can be very grateful!

2 thoughts on “The Secrets of Great Mystery and Suspense Fiction”