Dorothy B. Hughes’ The So Blue Marble is one of six vintage titles that were chosen by Otto Penzler to launch his new American Mystery Classics range. Like the British Library’s range, these books each feature an introduction giving some context to the work and information about the author.

Coming months will see titles from familiar names such as John Dickson Carr, Ellery Queen as well as less widely known authors like H. F. Heard and Frances and Richard Lockridge. I think the range looks to showcase the enormous variety to be found in American Golden Age crime fiction.

While I knew that Dorothy B. Hughes is a relatively well-known name in American mystery fiction, this was my first encounter with her work. The So Blue Marble was her first mystery novel although, as the introduction notes, it might be better described as a thriller or work of sensation fiction.

The story concerns Griselda Satterlee, a former actress who has given up show business to become a fashion designer, who is taking a couple of months vacation in New York. Not being fond of hotels, she is staying in her ex-husband’s apartment while he is away on assignment as a news reporter. When she walks home one night she is stopped by two handsome, well-dressed twins who force their way into the apartment. They tell her that they have come in search of the So Blue Marble which they insist she or her ex-husband must possess.

What is the So Blue Marble? Well, in truth it is little more than a MacGuffin albeit with a mystical back story and a rather odd name. The desire to possess it provides motivation for some of the characters but the nature of the object is of little consequence. What is really important is what it means to the Montefierrow twins and what they are willing to do to acquire it.

Danny and David Montefierrow make for a fascinating pair of characters. Initially we see them in terms of their charm and physical perfection but Griselda quickly notices the blankness in their eyes which she finds quite unsettling. We see that they can be quite ruthless and prepared to harm innocent third parties while I think the triangle that forms between them and a woman reads as sadistic and disturbing while it is also hard to understand just who is dominant within the relationship.

We are introduced to a number of other characters who play roles within Griselda’s life that she will seek to protect. She has two sisters, Ann and Missy, each quite fascinating and possessing very distinct personalities. I enjoyed getting to know each of them and was pleased that they played meaningful roles within the plot.

Her ex-husband’s neighbor, an archaeology and art professor at the university, is an intriguing presence and possible romantic interest. He, of course, is concerned that he not do anything that might jeopardize his friendship with Con. One early scene in which she convinces him to stay in the apartment overnight after the incident referred to earlier is really quite charming.

Con, on the other hand, was a character that never quite worked for me. Part of it, I think, is that I was hungry for more details about their relationship, why they were initially attracted to one another and why it failed. He spends a significant portion of the novel as little more than a reference or an idea and as a result I never really felt I knew him and what makes him tick.

As for Griselda, I found her to be easy to empathize with and I appreciated that while she occasionally accepts help from male characters that she is not portrayed as a damsel in distress. I appreciated the way this story affects her relationship with Con and her desire to keep him from harm. While I think a story beat at the end is not quite earned, I did enjoy spending time in her company.

One of the things I appreciated most about this book was that it feels like an absolutely unpredictable, crazy ride. It is not just the surprising plot developments, although there are a few moments I never saw coming, but rather it is the character beats that make this feel quite different and unusual. It is a joy discovering these characters and seeing how they will all interact with each other to drive the story.

The So Blue Marble is a wonderfully entertaining, even amusing story which feels far too polished and rich to be anyone’s first novel. I had a good time discovering the secrets behind the marble and its history as well as seeing how the conflict between the twins and Griselda would play in it. For those who enjoy thriller-type stories, this would be Highly Recommended.

18 thoughts on “The So Blue Marble by Dorothy B. Hughes” 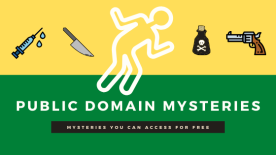 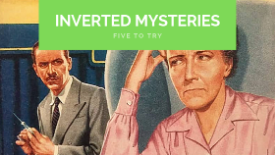