Akashic Books continues its award-winning series of original noir anthologies, launched in 2004 with Brooklyn Noir. Each book comprises all new stories, each one set in a distinct neighborhood or location within the respective city. Now, “Sydney Noir brings together 14 compelling short stories by established and emerging Australian authors, each offering a startling glimpse into the dark heart of Sydney and its sprawling suburbs” (Sydney Morning Herald, Australian edition review).

Sydney Noir is the fourth collection of short stories I have read from Akashic Books having previously reviewed collections set in Prague, Moscow and Marrakech. While I have found that the stories in these collections are darker than I usually enjoy, I love the window these offer into other cultures and their own crime literature scenes.

This collection is based on the city of Sydney in Australia and some themes quickly establish themselves: almost all of the stories here touch on either sexuality or drugs. It is probably the most graphic of the four collections and readers should be prepared that many of the stories touch on some subject matter that some will find pretty heavy and upsetting.

In spite of that though I felt that the standard of the stories was generally very high and only a couple missed the mark for me. The strongest section is the third which is titled Criminal Justice with stories focused on exploring the lives of criminals. These stories were the ones that most clearly evoked a sense of place for me.

Slow Burn is probably my favorite story in the whole collection and I found it to be the most mysterious. It opens by introducing us to a retired police officer who is fishing next to a man he has spent twenty years planning to destroy. In the course of the story we learn what he did to warrant this and follow as he executes his plan. A really solid, character driven tale that is effective without the need for dramatic twists or revelations.

The first section, Family Matters, is a little less even though it does contain some really interesting stories. The Birthday Present packs the punchiest ending in the collection while In the Dunes is a deeply emotional story that I really connected with. I was a little less impressed with Good Boy, Bad Girl by John Dale who also edited this collection as I felt it had few unexpected moments while I found In the Court of the Lion King hard to enjoy though, in fairness, I am never much of a fan of prison noir.

Which leaves the second section, Sex and the City. As you might guess from the title, this is the most explicit section of the collection though it is also one of the most diverse. The standout story is Leigh Redhead’s The Transmutation of Sex, which is likely the only crime story I’ll ever read based around a work by Napoleon Hill. Not comfortable reading but it has that compelling “is it going there” factor that made it hard to put down and I felt Redhead had a very clear image of who her characters are. Others apparently loved The Patternmaker but I found it a pretty seedy and predictable read.

This collection is not going to be for everyone but I think it is one of the most consistent I have read from Akashic so far. That consistency in quality though is matched by a consistency of theme so this may work better as a collection you dip into rather than the sort you devour in a single sitting.

“The Passenger” by Kirsten Tranter (Balmain)

Rob, a former drug dealer, has recently returned from Britain when he runs into his ex-girlfriend’s father who invites him to a house party. When he gets there he is asked whether he has heard anything from Julian, the man who she left him to be with. He has suddenly disappeared and no one seems sure what has happened to him.

This is a real statement story to open the collection as it delicately touches on some really dark themes and ideas such as drug abuse and pedophilia. What I think is particularly impressive is the balance Tranter finds in her story and the strong ending.

This short and punchy tale discusses Sydney’s urban gentrification, the changing nature of the city’s underworld and explores family secrets. An aging drugs courier goes to meet his son on his eighteenth birthday to tell him a little of his own life and give him a present.

It’s a cracking story that is well-paced, building to a really wonderful final line.

Jazz, a young woman who lives with her grandmother in a small house in Newtown, waits for her rich boyfriend Lockie to pick her up for a night out as he has told her that he has some big news…

I felt a little underwhelmed by this story which lacks some of the bite of the previous two stories although it touches on a similar theme of urban renewal. There is not a whole lot of incident at first and I did not find Lockie’s news either surprising or suspenseful. Things pick up a little toward the end but, once again, the ending is not as biting or as cynical as I might hope.

“In the Dunes” by Eleanor Limprecht (Maroubra)

Tough to describe this one without giving away too much about the story as this isn’t based so much on a twist as a slow realization of what has happened. At its heart though this is about a father’s inability to relate to his teenage daughter after the death of his wife and the tragic consequences that has.

I found it to be a powerful, upsetting story that connected me to these two characters’ feelings and to empathize with their actions. There is little surprise here but I do think it is told effectively.

The narrator of this story is a man who has been arrested on suspicion of killing his best friend. No body was found but as he was preparing to board a plane bound for Laos, a country with no extradition treaty, the Police have arrested him to prevent him fleeing. The story begins with him being called in to see the white supremacist gang leader who calls himself The Lion King.

This is gritty, grim prison noir material – not my favorite type though I think Dapin builds towards an interesting conclusion.

Part II: Sex and the City

“The Transmutation of Sex” by Leigh Redhead (Parramatta)

A stripper meets a man hanging out on the balcony at the club she works at and becomes obsessed with him.

This is likely going to be the only crime story I read that takes the writings of Napoleon Hill as a key theme. It is twisted stuff and quite sexually explicit but it is also fantastically unpredictable with a pretty unforgettable narrator.

“The Patternmaker” by Julie Koh (Ashfield)

A clothes designer who dreams of winning a reality TV competition show notices a stalker watching her apartment. Finding that the man is looking for her old roommate she invites him up and encourages him to model for her.

This is at least as sexually explicit as the previous story but it feels as though the author seeks to shock the reader rather than use those moments to develop their themes. I didn’t find the story or characters particularly engaging and anticipated the ending but I do note that I am out of step with reviewers on Goodreads, the majority of whom select this as their favorite story.

One of the most evocative reads in the collection, I can’t say that I enjoyed reading this but I felt it was an interesting and, at times, powerful exploration of these characters’ lives and the choices they make as well as the intense bonds that can develop between people out of tragedy. I liked how this built towards an ending that struck me as interesting and unexpected (though strangely inevitable and certainly noir).

A swimmer who wants to compete in the Olympics decides to completely shave his body in the hopes of improving his time. He tries to do this himself but his mother-in-law offers to help him, causing significant complications in their relationship!

Perhaps the least crime-focused story of the four as well as being the least sexually explicit (though only by a hair), I found this to be a fairly engaging read and appreciated the period setting. It perhaps clues the final development a little too clearly but I felt the process of getting there was interesting.

A taxi driver is told by his employer to pick up a Mexican named Ramirez from the airport and drive him across the city. The driver suspects that the man is not really Mexican but knows better than to ask questions. When he discovers that his passenger has left one of his bags he decides to keep it.

I enjoyed this story a lot, in part because it is quite plot-driven and fast-paced. Its plot is not the most original you will find in this collection but I think it reflects its setting well.

A retired police officer seeks vengeance or justice, depending on your point of view, against a man for something he did twenty years earlier.

This story is one of the highlights of the collection and hits the spot in just about every way. For one thing I think it describes Clovelly really effectively, giving the reader a very clear sense of the character of that area. The narrator’s plan is interesting and I enjoyed discovering just what he was doing and why.

My only slight issue is a somewhat reckless choice that the narrator makes in the final few pages of the story. It’s not that I don’t believe that the character would do it, just that it seems to risk drawing attention to himself and derailing his plan, but in every other respect I think this is an excellent work.

This story is narrated by a police officer who is usually called on to handle cases involving Redfern’s black community. It turns out that he is related to Lally, the victim in a brutal back alley beating.

As with the previous story I felt that this was a story that really focused on portraying the community it is supposed to depict. It is not a particularly plot-heavy piece as progress on the case is quite slow but I think it is quite effective in the way it discusses some of the challenges of policing in a relatively closed community.

This is a really short story so you don’t get much of a description here. I think it’s a strong one though and I was interested to learn the reason the detective has been summoned and in following how the situation develops. The ending is suitably punchy and absolutely noir.

The last story in the collection introduces us to a woman who works the reception desk at New Beginnings, a fresh start center, that is directly opposite her ex’s place of business where he is about to conduct a drug deal.

A solid, pretty effective story that I felt did what I expected but offered little in the way of emotional impact. The reader can challenge themselves to figure out what exactly is going to go down and how.

One thought on “Sydney Noir edited by John Dale” 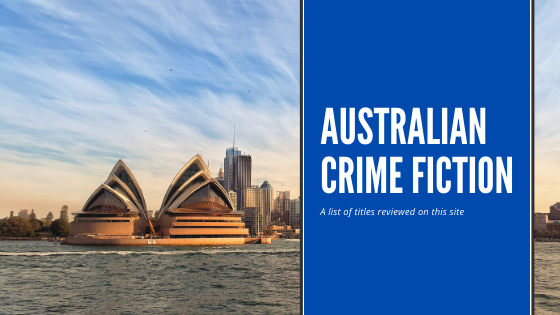