It’s Conan versus the Phantom Thief! Who is this mysterious masked man? And why does he know Conan’s true identity?

Later, an investigation of an extramarital affair leads to bloody murder! Also, Conan’s elementary school friends decide to become super sleuths when they form the Junior Detective League! But will they get into more trouble than they can handle?

Can you figure out whodunit before Conan does?

The previous installment of Case Closed left us on a bit of a cliffhanger with Detective Conan in peril from a masked man. This sixth volume begins with the conclusion to that Conan Kidnapping Case but while it does wrap things up, I cannot say that I found it at all satisfactory.

One of the things I had liked most about the story as it began in the previous volume was that it seemed to tie into the series’ on-going mystery about the identity of the men who transformed teenaged detective Jimmy into the body of an elementary schooler. This final part does not deliver on those suggestions though and while it may provide a necessary explanation for why our hero will remain in the care of Richard Moore, I found the circumstances to be far too contrived. The good news though is that this is just one chapter and the remainder of the volume is of a significantly higher standard.

The first full case here, presumably titled The Last Loan, concerns the savage murder of a moneylender. Richard Moore and Conan visited the victim to report their findings after trailing his wife, revealing that she has taken a lover. They are interrupted during their meeting and asked to wait while he speaks with a visitor. When he does not return they investigate to find him dead having been run through with a sword and the walls and ceiling of the room are covered in vicious slashes from a similar blade.

The police arrive on the scene and quickly establish that the killer must be one of the four people the victim planned to meet with that afternoon. Three are people he had loaned money but the other is Richard Moore as he stumbles over explaining his own presence there.

One of the aspects of this story I enjoyed most was the rather bizarre crime scene. This not only provides us with a really striking visual, I appreciate that the oddness of the killer’s actions grow more apparent as you ponder the scene. While there is one aspect of the case that would require some detailed cultural knowledge to fully appreciate, the reader should still be able to recognize its significance by thinking about the evidence logically.

I also really enjoyed the story’s colorful cast of characters. This begins with the victim who I felt is one of the most distinctive we have had to date in the books and extends to his wife and the three men who visited him. Each feels well-defined and the story does a good job of providing each with a credible motive.

As much as I liked that one, I liked the next story, The Junior Detective League, even more. This is another story that features Conan interacting with his elementary school classmates who have now banded together to form a detective agency. It’s a very cute conceit that plays with the junior detective agency trope nicely and I love the way the scope of the group’s investigation expands from trying to find a missing cat to investigating a bloody murder.

The puzzle at the heart of this story involves the disappearance of a body from within a house that our kid detectives kept under observation while they waited for the police to respond to their call. The investigation does a great job of reinforcing those constraints and emphasizing the impossibility of that disappearance and several elements of the explanation of what happened are rather clever.

I only have one problem with the story and that is I am not entirely convinced that the killer, who had little reason to expect the police to show up, is able to pull together a plan to hide the body rather quickly. This seems to me to be reinforced in the confession at the end of the case. If you can suspend a little disbelief about that, I really enjoyed some of the ideas here and I found it to be one of the most entertaining storylines in Case Closed up to this point.

The final story in the volume was particularly suited to my tastes as it is essentially an inverted mystery. The case involves the murder of a famous writer in his hotel room during a festival. From the start of the case we and Conan will suspect the man who had been staying with him but he seems to have an unbreakable alibi – one that involves Richard Moore, Rachel and Conan themselves.

The tone is not unlike that found in many episodes of Columbo in which we have what amounts to a cat and mouse game between our sleuth and an overly confident killer. The latter is absolutely sure that he will get away with it, seeming to invite suspicion on himself with some of his actions.

Readers should be aware that they will not get the solution in this volume but you will have everything you need by the end of this book to solve the case. Expect that you will want to immediately go and get the next volume to check that you are right! I will cover that solution properly when I come on to write about the next volume but I think it delivers a satisfying conclusion to the story here.

The Verdict: With the exception of the first chapter which concludes a story from the previous volume, this has been one of my favorite volumes to date. The three new stories it starts are all very entertaining and are well clued. The only problem is that you’re bound to want to immediately go and buy the next one to find out if you were right! 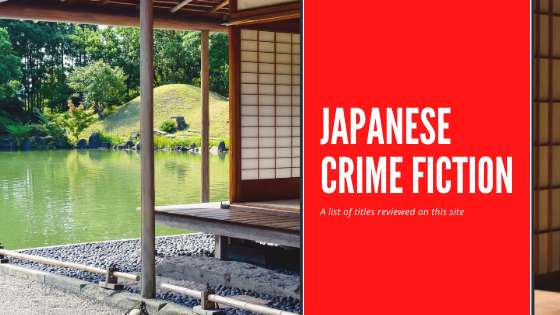