Regarded as a masterpiece by 1000 Chambres Closes, the central puzzle is one of the most baffling in impossible crime fiction: a mysterious stranger, whose face cannot be seen by the several witnesses outside the house, is introduced inside, where he murders the owner and vanishes without trace.

The several witnesses inside cannot explain what happened. A search of the house fails to find him, and the witnesses watching the outside say he could not have left.

The authorities—examining magistrate, state prosecution, and police—trying to make sense of the clues, cannot agree amongst themselves as to the identity of the murderer…

MARCHENOIRE, THIS AUGUST 28 IF YOU WANT TO LIVE, LEAVE MARCHENOIRE MANOR IMMEDIATELY AND FOREVER. DO NOT PURCHASE THE FORBIDDIN HOUSE.

Monsieur Verdinage has accumulated a fortune and decides to purchase a house fitting of his new status. The home he has set his mind on buying is Marchenoire Manor, a beautiful three story building within a private park that is curiously affordable. He tours the property and after making his decision he requests to sign the paperwork in the house’s library. When they enter they discover the threatening note quoted above (yes, the spelling is accurate) addressed to the new owner. Verdinage reads the note but scoffs at it, suggesting it is a prank, and he decides to move his household in immediately.

A short while later he learns from one of the locals about the story of the Forbidden House and why it was available so cheaply. He still does not take the threat seriously and remains skeptical even when a second letter turns up exactly a month after the first, vowing that there will be no further warnings and that the next letter received will be an announcement of his death. Verdinage takes some precautions against the author of the note but in spite of his efforts his murder takes place as announced with the killer seeming to vanish into thin air…

I really love the opening to this novel in which the authors not only do a great job of setting out the nature of the threat and building up the strange history of the house but also of establishing the stubborn (and rather gauche) nature of the victim. Monsieur Verdinage is a superb creation, poking fun at some behaviors of the nouveau riche such as his order to have the library furnished with a huge number of books but not caring what any of them actually are. He is far from self-aware and yet for all his bluster he is quite practical, devising a reasonably sensible plan to protect himself (even if the smarter thing to do would be to call the police).

Herbert and Wyl pace these early chapters really well, providing the reader with important information that will be needed to understand various characters’ backgrounds and to eventually solve the crime without lingering over them for too long. Even before the murder we have an apparent impossibility as the second letter is found behind the locked and bolted door to the house’s cellar although that will not receive serious scrutiny until after the murder.

I enjoyed the series of letters as a device for building tension. Not only does this help to establish Monsieur Verdinage’s character as we see how he responds to each threat, we also learn that each of the previous owners of the home had received similar threats, answering them in different ways. This provides an interesting background to the case and I was certainly curious to learn what was prompting them.

The sequence in which the murder takes place is, once again, very tidily written. The authors smartly use the perspectives of several servants to describe what happens which not only helps to build the tension as we await the moment of the murder, it also provides the reader with at least some detail of the characters’ movements on the night in question. It is very smart, economical writing that keeps things moving well.

The novel’s impossibility concerns the disappearance of the murderer from the mansion moments after the killing shot is fired. The killer had been observed entering the building, though their face was in shadow, but the observers did not see them leave in spite of being positioned near the only exit (in a piece of crazily dangerous architecture, the building only has one exterior door). The police arrive and search the building thoroughly, finding no one, which begs the question of what happened to the figure who was seen entering a short time after midnight?

It’s a very neat problem and one that proves surprisingly tricky to solve in spite of the efforts of several detective figures, each of whom adopt different theories as to the person they believe responsible. There are quite a few characters who take turns at positing theories so I was pleasantly surprised to find that several of them stood out quite well in terms of their personalities. I also enjoyed seeing how their approaches differed from each other and the various ideas each brought to the case.

One character in particular made a pretty big impact almost immediately both in the way he deals with other figures including those who are investigating the case and those who might be interested in its outcome. I felt he was a pretty entertaining creation. I similarly appreciated the ingenuity of the character who finally solves the whole thing.

I felt that the solution to the puzzle was very clever. If there is a problem with it I would suggest that while the explanation is thorough and convincing, I cannot say that it is proved. There is not much physical evidence that would demonstrate the case. Instead the authors rely on the killer admitting the truth themselves at the presentation of the correct solution which feels a little underwhelming, perhaps not helped by the somewhat abrupt way the novel concludes moments afterwards.

Still, while I think that the ending may have been a little rushed, I was very happy with the novel overall. While the central problem of The Forbidden House may not be the most colorful example of an impossible crime, it is all the more puzzling for its apparent simplicity and always engaging.

The Verdict: This highly engaging impossible crime story offers an intriguing scenario, a memorable victim and a clever solution.

4 thoughts on “The Forbidden House by Michel Herbert and Eugène Wyl, translated by John Pugmire” 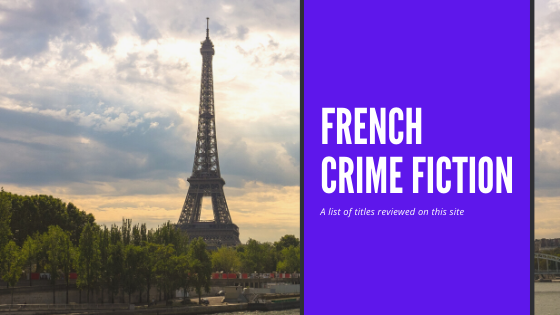