Jungle is a cutting–edge travel agency specializing in tourism to destinations devastated by disaster and climate change. And until she found herself at the mercy of a predatory colleague, Yona was one of their top representatives. Now on the verge of losing her job, she’s given a proposition: take a paid “vacation” to the desert island of Mui and pose as a tourist to assess the company’s least profitable holiday.

When she uncovers a plan to fabricate an extravagant catastrophe, she must choose: prioritize the callous company to whom she’s dedicated her life, or embrace a fresh start in a powerful new position? An eco–thriller with a fierce feminist sensibility, The Disaster Tourist introduces a fresh new voice to the United States that engages with the global dialogue around climate activism, dark tourism, and the #MeToo movement.

A fascinating exploration of the ethics of tourism and of the relationship between people and the corporations that employ them. It may not be a pure genre work but it is highly recommended nonetheless.

Yona has worked for Jungle for more than ten years. Jungle is a travel agency that takes tourists to visit and work in areas affected by natural disasters and climate change and Yona’s job has been to work out how to create their tour packages. Recently however it seems that her career has stalled as she is increasingly being tasked with handling customer complaints and she suspects that she may be on the verge of being forced out. The proof seems to come when her boss makes unwanted sexual advances to her in the elevator one day, apparently confident that if she complains the company will not want to do anything about it.

As she becomes increasingly disillusioned she decides to resign but instead of accepting her resignation, her supervisor suggests that she take a paid leave of absence and visit an unprofitable tourist destination to offer her thoughts on whether it can be salvaged. She is unsure whether he is trying to buy her off but decides to take up the offer, hoping at least to relax for the first time in years and possibly restore her reputation by preparing an excellent report.

Her destination is the island of Mui which lies a short distance off the coast of Vietnam. She soon discovers why it has become a failing destination but when she experiences a travel mishap she finds herself stuck on the island. As she waits for her papers to arrive to enable her to leave the island, she learns however that some on the island have a plan to restore its status as a thriving disaster tourism destination…

I should probably start by acknowledging that The Disaster Tourist is not easily categorized as a genre work, though I would argue that the scale of the crimes we see planned are on a scale far beyond those of any other novel I have written about on this blog to date. I would also add that while it doesn’t always read like a thriller, it certainly incorporates some elements of that style as the book nears its conclusion and that the book struck me as possessing an outlook on the world and the people that inhabit it that feels like it belongs firmly to the noir tradition.

Perhaps the place to begin is with the book’s central conceit that a company like Jungle could spring up. While some might find it hard to imagine that a company solely devoted to disaster tourism might be a thing, there are clearly examples of package tours that do exactly what is described. What I think Yun does brilliantly is to explore the relationship between those tours and the place that is supposedly being rejuvenated by its tourism industry might be and to sincerely question whether this is aiding the areas’ economic recovery or sustaining and perhaps even prolonging its poverty.

Some of the novel’s most powerful material comes in its exploration of the personalities of the different people who are on the tour along with Yona and their different motivations for visiting. Yun not only describes the reasons they believe they are making their visits and the power dynamics between the locals and the visitors but also gives us a powerful illustration of how Yona, who is more aware of the crafting of the tour experience, finds herself behave in a way she finds shameful at a point in the tour.

I have read some reviews that suggest that Yona is not a particularly forceful or dynamic character, and I think that there is a little bit of truth to that. While we get given a little bit of backstory at the start of the novel, we get little sense of her life beyond work. I think though that is rather the point as we come to realize that Jungle has really consumed Yona’s life and defined who she has become. Here she represents a corporate drone – someone who has little purpose beyond the company and who cannot really envisage their life without it.

The scenario that Yona finds herself in is clearly quite fantastic but I felt that the issues raised were powerful and compelling. What do desperate people do when they risk losing everything? This is a recurring idea throughout the novel and I find it fascinating to observe the parallels between these characters, often coming from very different backgrounds and situations, and the choices they decide to make. Here once again Yun does an admirable job of exploring the reasons behind those choices, even if we do not really get to know those characters on a truly individual level.

This arguably is the greatest issue with the book – that the scope of the story it tells within such a limited page count does not allow for much time to be spent on building up the characters as individuals. Instead they tend to be established with their plot function, described in shorthand such as ‘Man 2’. It is dehumanizing and perhaps numbs the reader to the individual cost of some of what happens, though here once again I feel that very clearly fits with the central argument that the book is making.

I don’t want to say much more about the novel for fear of spoiling the experience. The book is, after all, quite short and to discuss the exact nature of the thriller elements later in the novel would likely detract from them. I personally found them to be engaging and I think the story’s resolution feels appropriate to the themes that the novel had established and discussed.

I found The Disaster Tourist to be a thoughtful, provocative and highly engaging novel. It’s not a pure genre read but I nonetheless think it worthy of a strong recommendation. 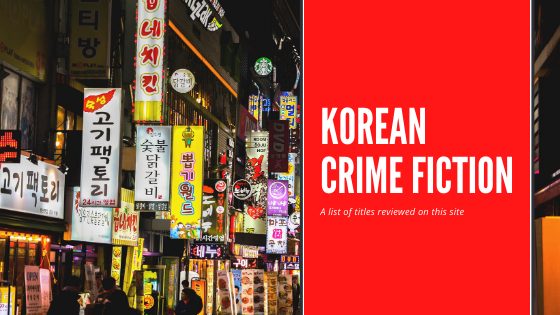