I recently had an excellent time with The Seventh Hypothesis, naming it my Book of the Month for July, so I was excited to learn that Locked Room International would be releasing a translation of another Twist and Hurst mystery.

The novel concerns events in the coastal village of Pickering and the mystery surrounding a young woman who lives there.

The book begins with Twist relating a story he has been told by a young journalist who had visited the village on a whim, following a group of clouds. During that visit he had a brief encounter with that young woman in which she made a big impression on him, leading him to make enquiries about her with some of the locals.

Her name is Stella Deverell and she is reputed to have fairy-like powers including the ability to predict the future and to disappear into thin air. On a number of occasions she had been observed walking into a small wooded area only to disappear and though several people have attempted to catch her and find her secret, including the local police force, none had managed it.

She claims to have been clairvoyant since she was a young child and locals can point to several predictions she made that had come true as proof of her abilities. One of those predictions concerned the death of her father, made several days before he was discovered dead at the foot of a cliff having apparently committed suicide. Shortly after the journalist arrives she makes further predictions of deaths and in each case they come true, the victims appearing to be hurled to their deaths by strong gusts of wind.

Unlike the other Halter novels I have read and reviewed, it is noticeable that this is not structured around an obvious case of murder. We are aware of several strange deaths from the beginning of the book but at the point the investigation begins it is from the perspective of trying to understand a seemingly inexplicable set of events and to prevent further deaths rather than to solve an event already established to be a crime.

Stella is an intriguing character and wisely Halter avoids giving us too much time with her, having her discussed more than she is shown. We hear several accounts of incidents involving her and her powers, each making her powers seem simultaneously more convincing and puzzling. We may think of individual explanations for each of the incidents but it is harder to understand the bigger picture of how and why she is accomplishing these feats.

Some of the explanations can feel a little anticlimactic if viewed in isolation and only in terms of the mechanics of the puzzle but I was impressed by the way they tie together. In the past I have sometimes questioned the psychological consistency of Halter’s stories but here I think each small puzzle contributes to our understanding of the wider dynamics within the village and helps us get closer to identifying a killer and their motive.

While I would always caution readers not to expect too much in terms of the characterizations in a Halter novel, I do think this is one of his richer and more rewarding works in that respect. Certainly there are a number of characters who exist to impart information or to flesh out the population of the village but the characters at the heart of the narrative are given back stories, clear motivations and time is spent establishing their relationships.

In addition to resolving the puzzle elements of the plot, the ending also manages to include a whopping great revelation that I think is executed superbly. There is no trickery involved, nor does it feel like an afterthought but rather that element of the story was clearly planned from the beginning and hinted at throughout the novel. It ties in strongly with the themes Halter develops throughout the book and I think it makes for a surprisingly powerful conclusion.

I was less impressed with the mechanical explanations of how the wind had killed several villagers though I think it would be hard to imagine any explanation that could live up to the strangeness of that idea. I was a little more confused about why Twist does not seem to more actively attempt to disprove that could be the case and I do agree with Nick Fuller that it does seem odd that the sleuths spend more time reacting to events than actively pursuing leads or trying to disprove what a supernatural explanation for those deaths.

Neither of those issues substantially affected my enjoyment of the book and while I need a little time to reflect, I certainly think it is in the conversation to be one of my favorite Halter stories (The Seventh Hypothesis probably still has the edge but it is close). It is intricately plotted and I became even more impressed once I could see how each of the elements fitted together so neatly in the conclusion. Very highly recommended.

11 thoughts on “The Man Who Loved Clouds by Paul Halter, translated by John Pugmire”

Have You Tried This Halter? 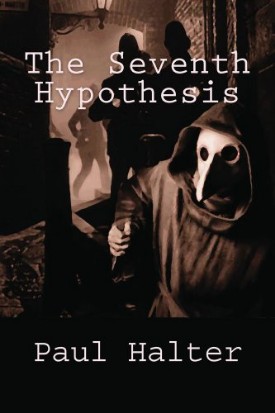 Have You Read This Halter?